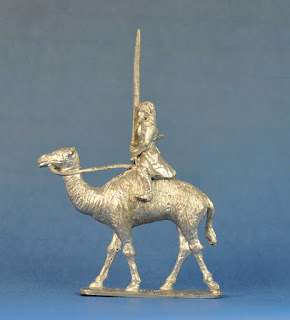 As with all the 'PB' range it is derived from Phil Barker's pair of books Armies of the Macedonian and Punic Wars and Armies and Enemies of Imperial Rome. PBC standing for Phil Barker Cavalry. This figure corresponds with illustration 35 in AMPW.

He is riding Camel 1, marked CAMEL on the upper surface of the base.

This is a fairly common find that must have made its way into many contemporary Seleucid Successor armies. The rider is armed with the most unlikely sword that must be as tall as he is! I think the idea is that the sword was long enough to reach enemies on the ground in a similar way to... a spear. I've straightened this one out as much as I can, but they are invariably twisted, bent or - if unlucky - broken. 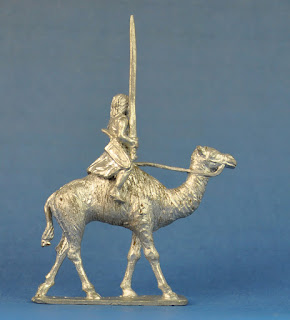 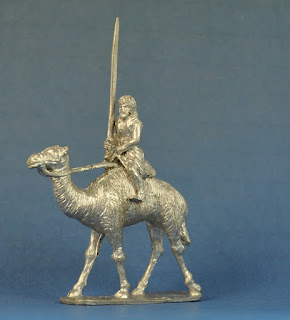