Over the Christmas break I've been messing around with a very simple card-based spaceship game. This sent me rummaging around for spaceship models to use. I turned up some interesting pieces including the original Minifigs range, various models by QT, some Citadel, the odd Leviathan and even some of the models I designed for the original Rogue Trader game that were never released. The oldest models I have though are none of these - they are from the Skytrex range.

These models are pretty rare and I couldn't find anything about them at all on the internet - although I imagine someone out there will put me right on that one. I managed to find an advert for these in the September 1974 Military Modelling. There may have been an earlier release because I have a vague recollection of there only being two 'types' and there are four in this advert. Also, they are mentioned in Dave Rotors Galactic Warfare rules first published in 1973, so I am guessing the range may go back as far as that. 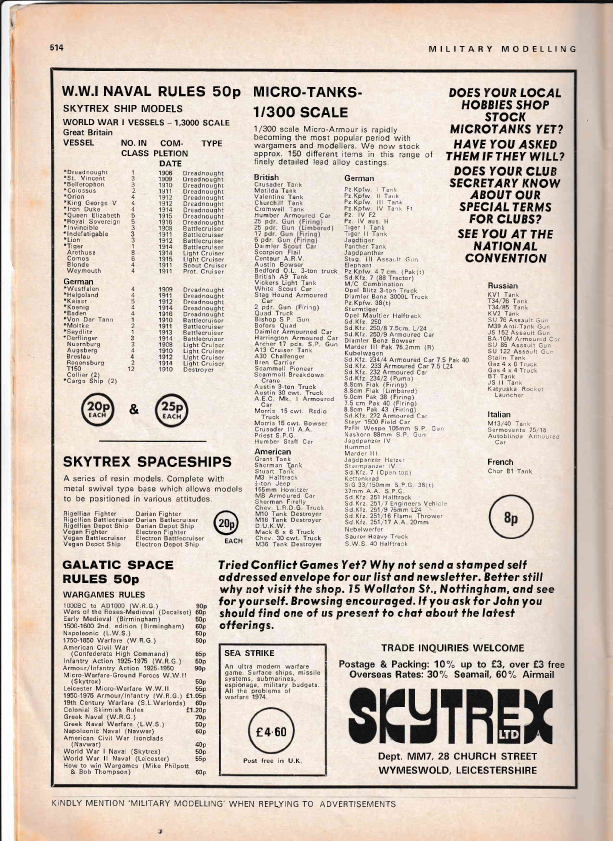 If I remember correctly - and it's been a while so I'll happily stand correction - this was the first range of spaceships available in the UK. The models were cast in a clear, brittle resin which broke easily and which had a fairly rough finish. I remember the distinctive smell too! I also recall that the pieces were often rather tacky - as if the resin wasn't properly cured.

Richard Halliwell and I invested in a fleet each together with the Galactic Warfare rules by Dave Rotor that you see advertised here. I think the models must have been designed either specifically for the game or with the game in mind, because the rules made a thing of the smaller ships resupplying at depot ships and the models were designed such that they 'docked'. Or as one of our friends put it, 'they were made for each other'.

When the models arrived I think they were the Rigelian and Vegan fleets. I took one and Richard the other. We painted up our respective fleets and had a go at the Galactic Warfare rules, but ultimately decided they were too simple for us - we were teenagers after all and craved complexity! That kicked us off writing our own rules for spaceships and then for other things, and ultimately to publish our own rules and hence a lifetime working in the games industry.  These Skytrex spaceships therefore have a lot to answer for.

These are remnants of my fleet. It was once quite a good size but, alas, now reduced to a handful of which these are the most intact examples.
I can't honestly remember whether my ships were the Vegan or Rigelian type. I have an inkling they are the Vegan range. As I say, happy to be corrected.
I don't have a completely intact depot ship as the only example I have has lost its top 'fin'. You can see I've blu-tacked this piece in place. I think this is the right part. It certainly looks as I remember it. 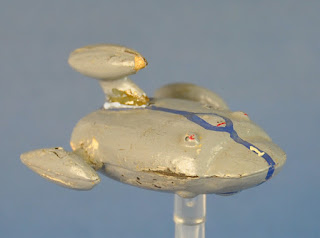 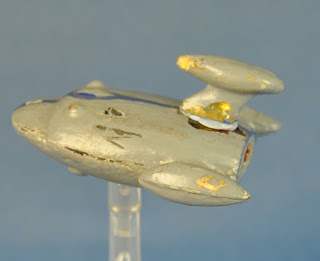 All the models came in two or more parts, which you had to glue together using whatever lay at hand in those pre-superglue days. 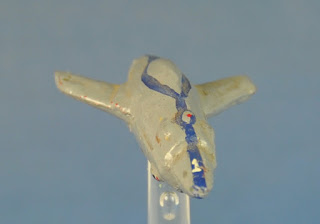 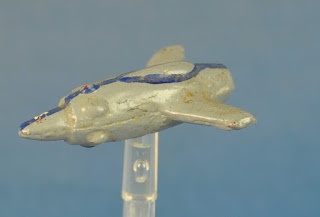 The fighter is the smallest of the models and it's about 2cm long.
You can see what I mean by the models docking together if you look at the prong on the front of this model - which fits into the back of the depot ship. Sort of.
The battlecruiser has a very 50s pulp sci-fi vibe going for it! I think that's what appealed to me about this particular set. 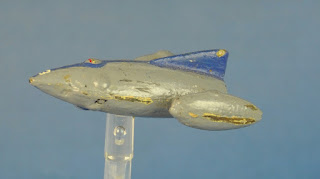 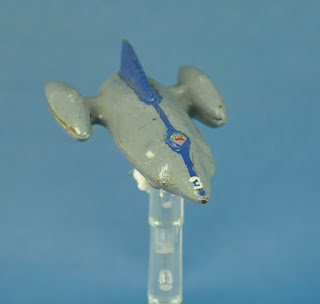 Sadly I have none of the models that comprised Richard Halliwell's fleet - I suspect the Rigelians. As I recall the two smaller ships were torpedo shaped with a skirt arrangement to the front and sides. The Depot ship was horseshoe shaped and the skirts of the smaller ships fitted into the back.

I do have an example of each of the other two ranges - the Darian and Electron. We never got any further with these that ordering samples and I couldn't tell you which was which. One range is pretty much flying saucers and the other is... flying dumbbells. Well you decide!

These are quite large models compared to the Vegans I have. I guess these must be the depot ships for their respective types.

Our Skytrex ships were replaced with metal Minifigs when they came out and would soon be eclipsed by far more detailed and sophisticated designs from other manufacturers. Battered and time-worn as they are they retain an aura of past battles fought over the floor and across the dining room table and I treasure them for that.

As far as I know this is not a range that is widely known even amongst old sci-fi buffs. If anyone has more information about this range I'd love to hear of it. 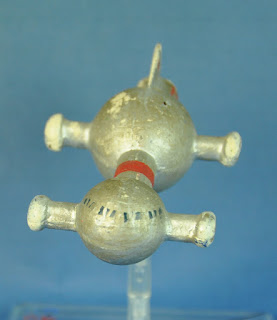 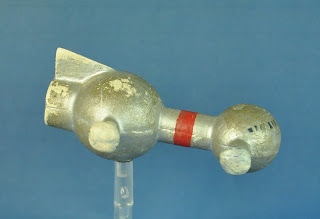 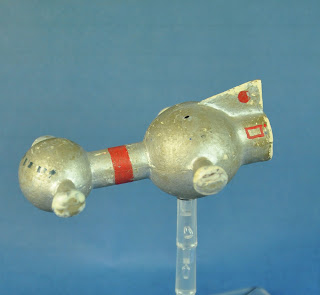 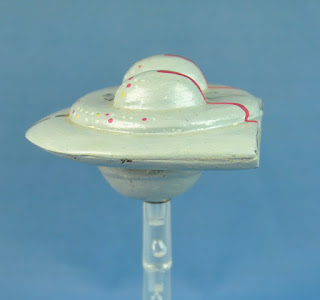 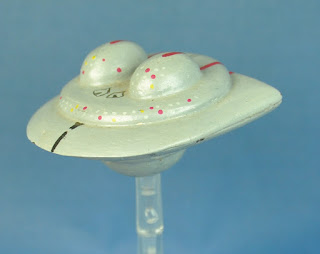 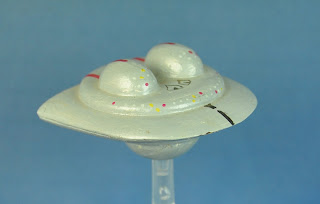